After the European Championships in Opatija many bridge players were asking me how do I feel about winning only a silver medal by favored team of Monaco. Is it a success or a failure? In my opinion our goal was to win a medal of any color and it was achieved.

Weaker play in the end of the championships was a bit unsatisfactory, but these things just happen. In spite of working hard on improving the level of slam bidding, we won in 36 hands only 26 IMP.

There still is significant potential in this element of bridge.

The question who is going to win the gold medal – Israel or Monaco was being answered in many deals. I’m not going to describe spectacular slam in spades with only seven trumps (with ten hearts) played by Fantoni – Nunes. From the coach point of view another deal seemed interesting. 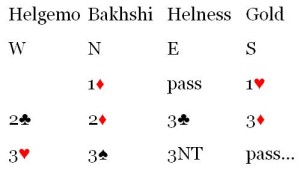 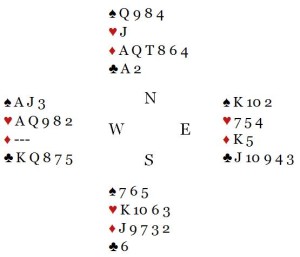 Situation assessment made by both players was of great importance. From Helness’s point of view his partner might have:

Helgemo thought that his partner has 2 stoppers in ♦. What do I mean by lack of good agreements in competitive bidding?
In sequence 1♦ pass 1♥ we can’t exclude a contract on the line WE. Very often the answer one heart promises only 3 cards.
For example – many players with a hand: 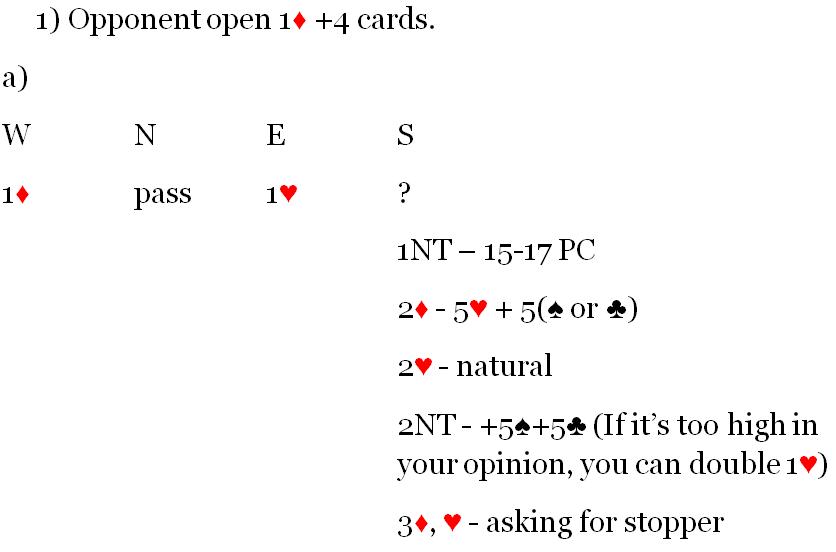 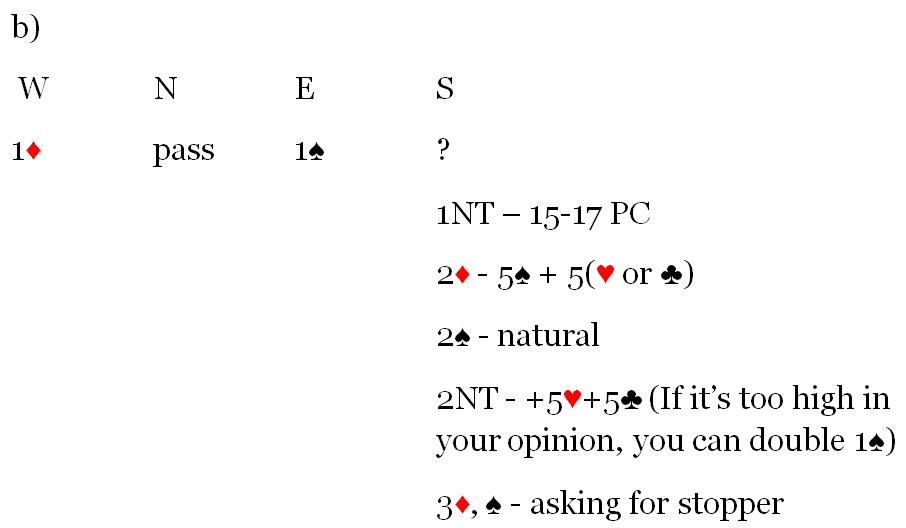 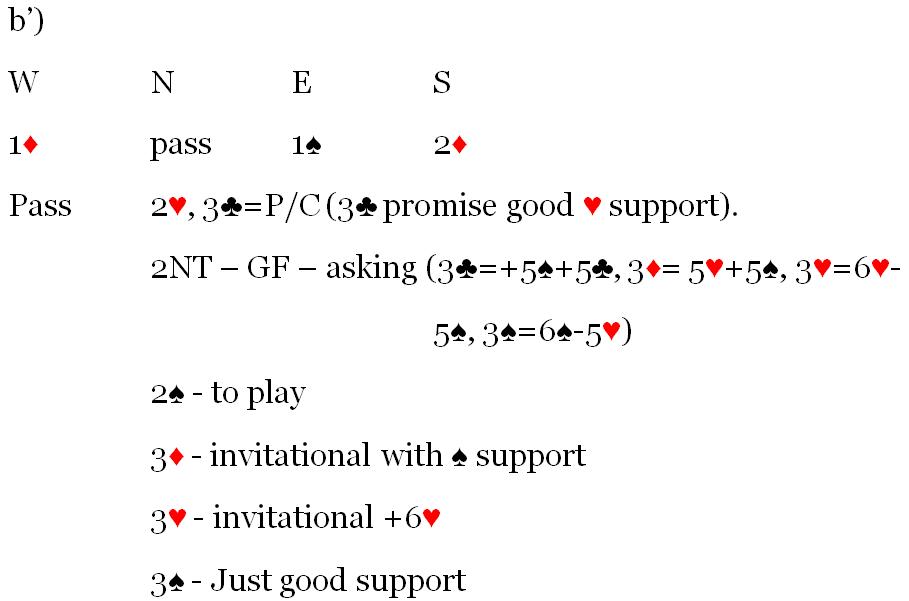 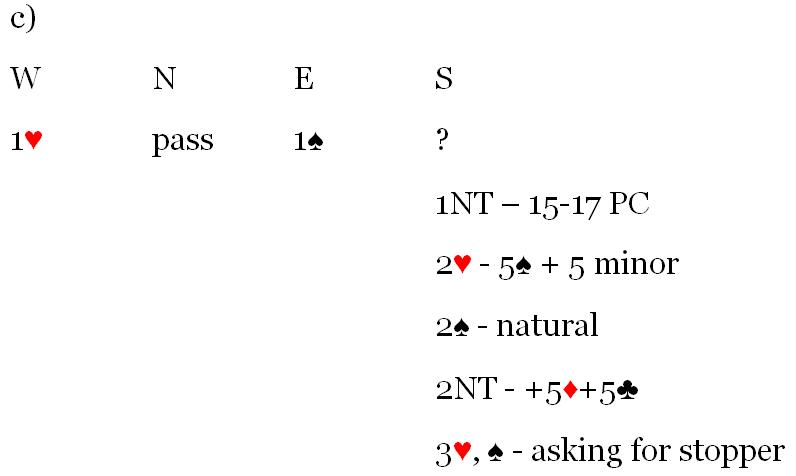 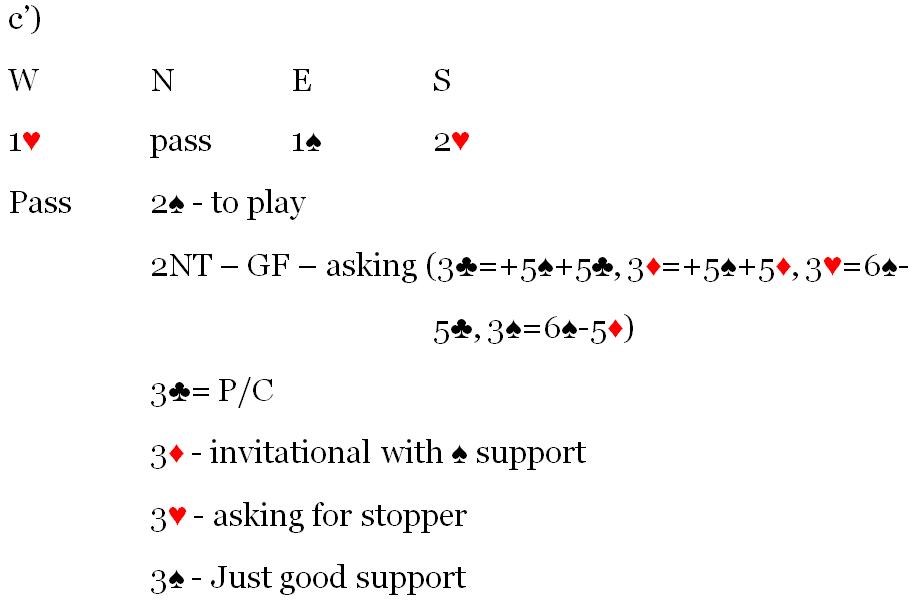 Here is the full deal:

Helness having information about an agreement 5♥ – 5 other, will never think about a contract 3NT.

What’s the conclusion? We still have a lot of work to do.

READ BEFORE YOU BUY

This website uses cookies to improve your experience while you navigate through the website. Out of these, the cookies that are categorized as necessary are stored on your browser as they are essential for the working of basic functionalities of the website. We also use third-party cookies that help us analyze and understand how you use this website. These cookies will be stored in your browser only with your consent. You also have the option to opt-out of these cookies. But opting out of some of these cookies may affect your browsing experience.
Necessary Always Enabled
Necessary cookies are absolutely essential for the website to function properly. This category only includes cookies that ensures basic functionalities and security features of the website. These cookies do not store any personal information.
Non-necessary
Any cookies that may not be particularly necessary for the website to function and is used specifically to collect user personal data via analytics, ads, other embedded contents are termed as non-necessary cookies. It is mandatory to procure user consent prior to running these cookies on your website.
SAVE & ACCEPT